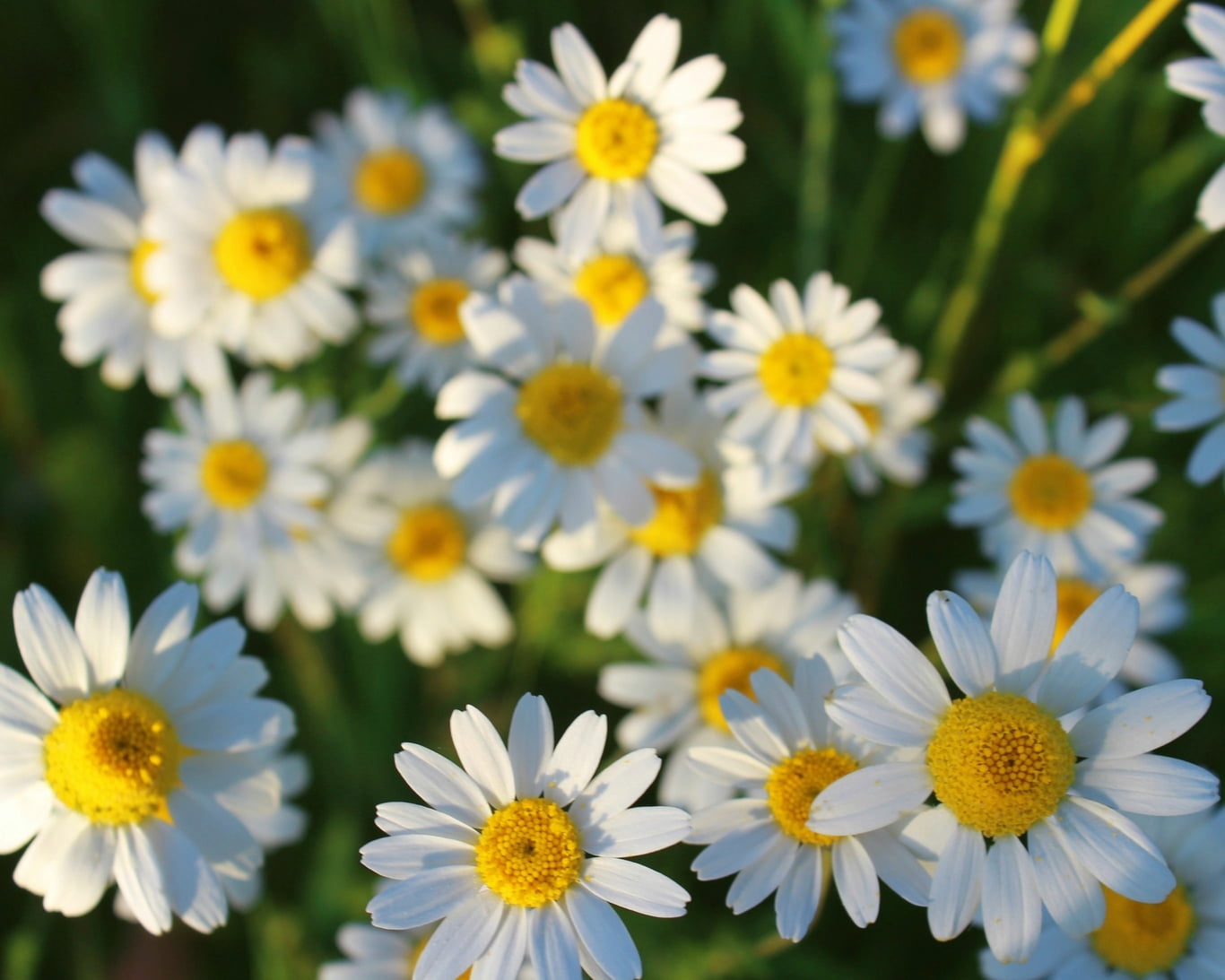 The small white flowers with the yellow disc at the centre originally stem from southern and eastern Europe, but are now native to all of Europe and have been used as medicinal plants here since the Middle Ages. Chamomile is best known as a tea that has a calming effect on gastrointestinal diseases. But it has also been used as a skincare component for centuries: as a cooling and anti-inflammatory wrap or a refreshing facial toner. It also counteracts acne and blemished skin.

Effects of chamomile on the skin

Chamomile has a balancing effect and is often prescribed by doctors for various skin diseases. When used externally, it has an anti-allergic and calming effect with antimicrobial and anti-inflammatory properties.

We add chamomile hydrosol to our Calming Chamomile Toning Moisturiser, with these exact properties which makes it a versatile facial toner. For example, you can also use it as an after-sun spray to give your skin a cooling break after a long day in the sun.

Since chamomile may contribute to the healing process of injured blood vessels and other inflammatory processes, we add chamomile blossom powder to our popular Rosacea Face Mask. It minimises redness and provides a long-lasting calming effect. Used regularly, it visibly reduces irritated areas on the cheeks and nose that Rosacea is known for.

Tip: chamomile has a tendency to flourish like weeds. Try cultivating the flowers at home. Use the dried flowers infused in hot water to teas or as a cooling compress for swollen legs during the summer.

By subscribing to the newsletter, you agree to your information being processed according to the Data Protection regulations.

We avoid CO2 emissions wherever we can! Our remaining carbon footprint is compensated through eco-social projects.